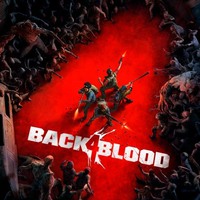 Back 4 Blood can be played online with a squad of four players or solo with up to three AI teammates. The game will also support up to eight players in online PvP (person versus person) multiplayer. The story takes place after a catastrophic outbreak where most of humanity has either been killed or infected by the parasitic Devil Worm. Hardened by unspeakable events and emboldened to fight for the last of humanity, a group of apocalypse veterans called the Cleaners have rallied to take on the infected horrors known as the Ridden and reclaim the world.
Klik om te vergroten...